It's that time of year... again.  Some years my kids want the simple store bought box of Valentine's and some years they don't.  I'm good either way as long as they like what they are giving and have part in picking it out or making it.  My 6 1/2 year old daughter chose to go the handmade way this year.  We decided to turn pencils into arrows.  I had seen pixie sticks turned into arrows last year with the use of hearts and feathers... but we came up with this version instead. 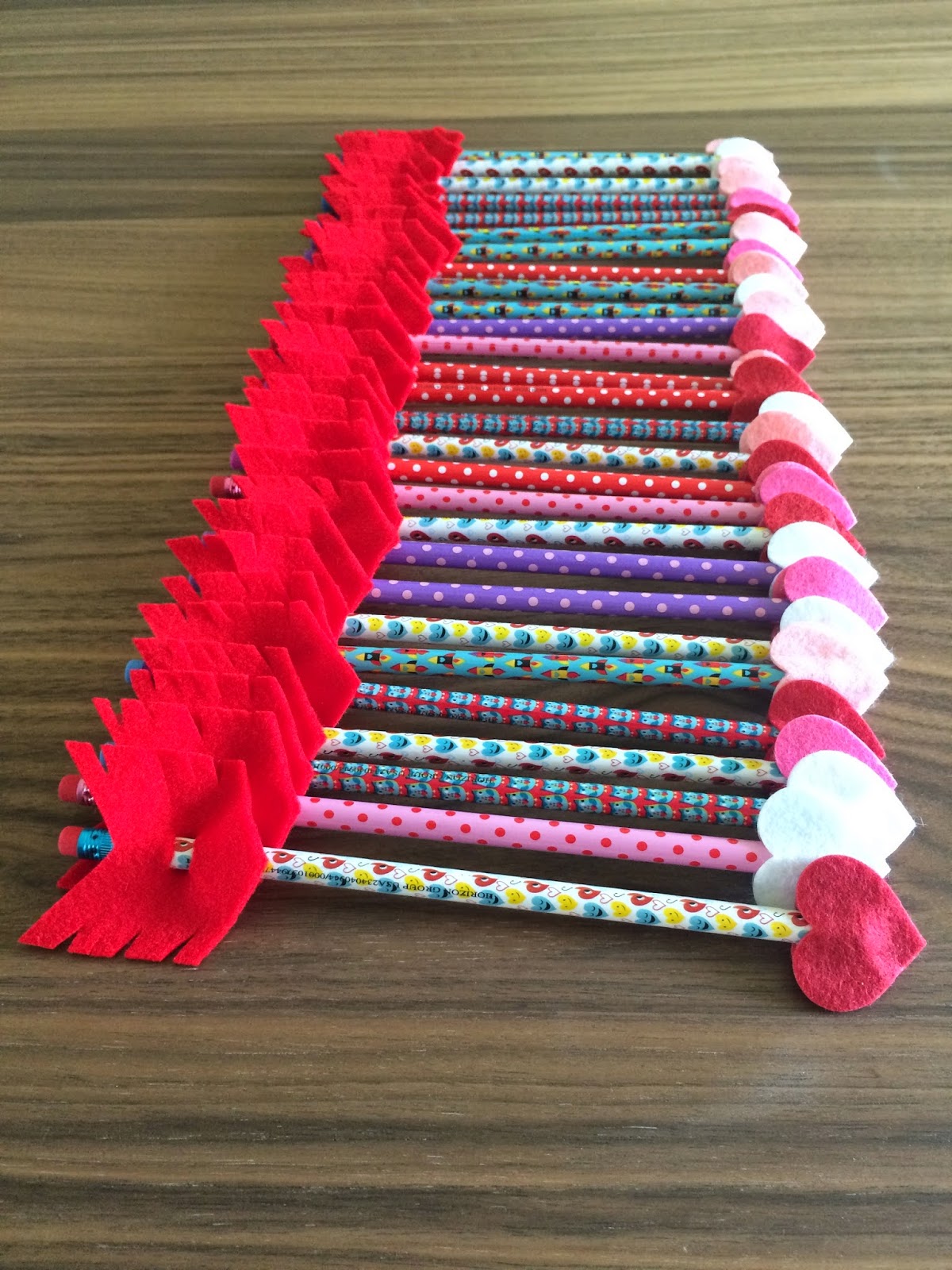 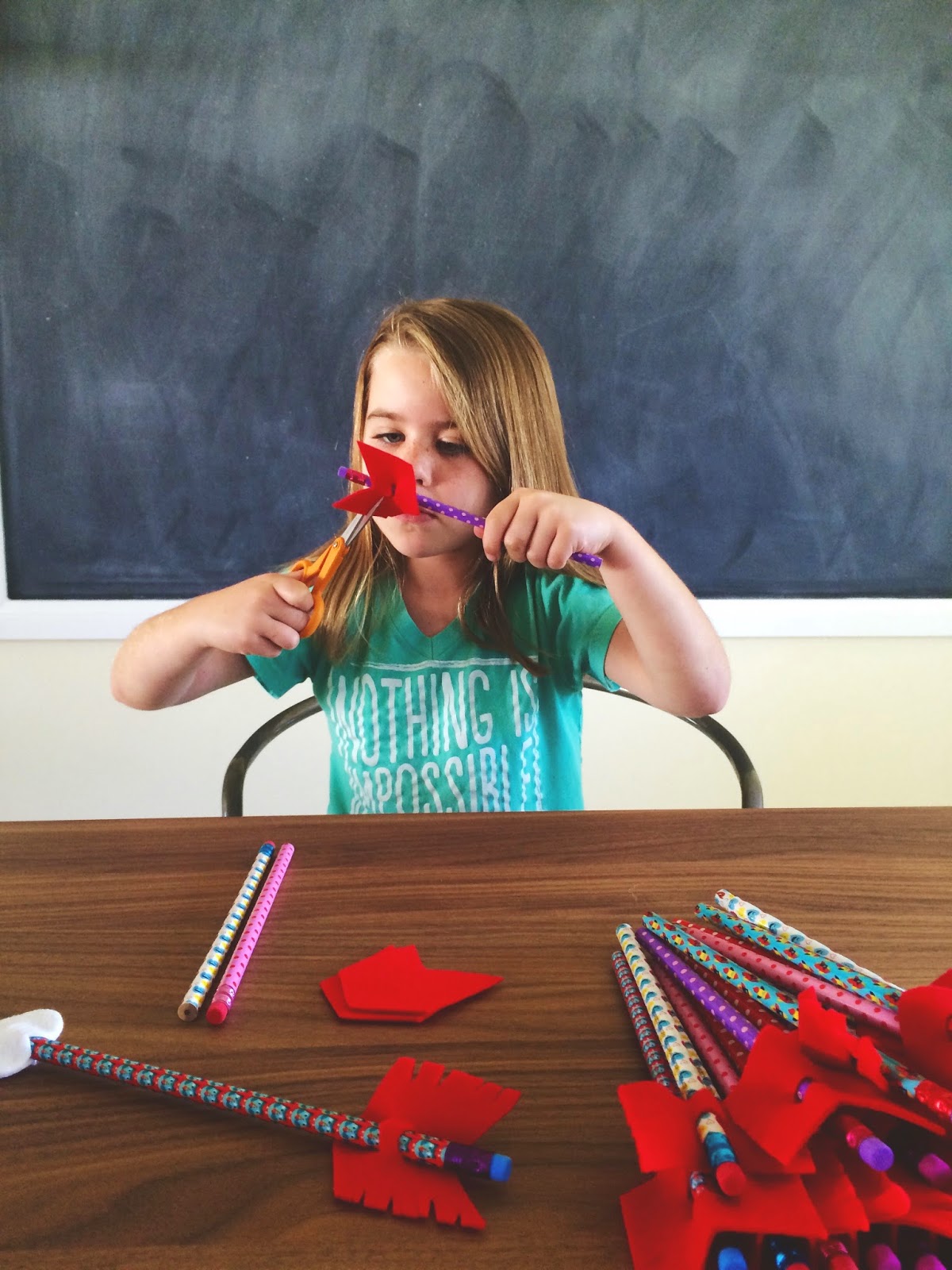 I love that she is now at an age where she not only can help out but she wants to.  I enjoy these moments with her and want to remember them forever.   Since they are her Valentine's to give I wanted them to be created by her as much as possible.

The step by step : 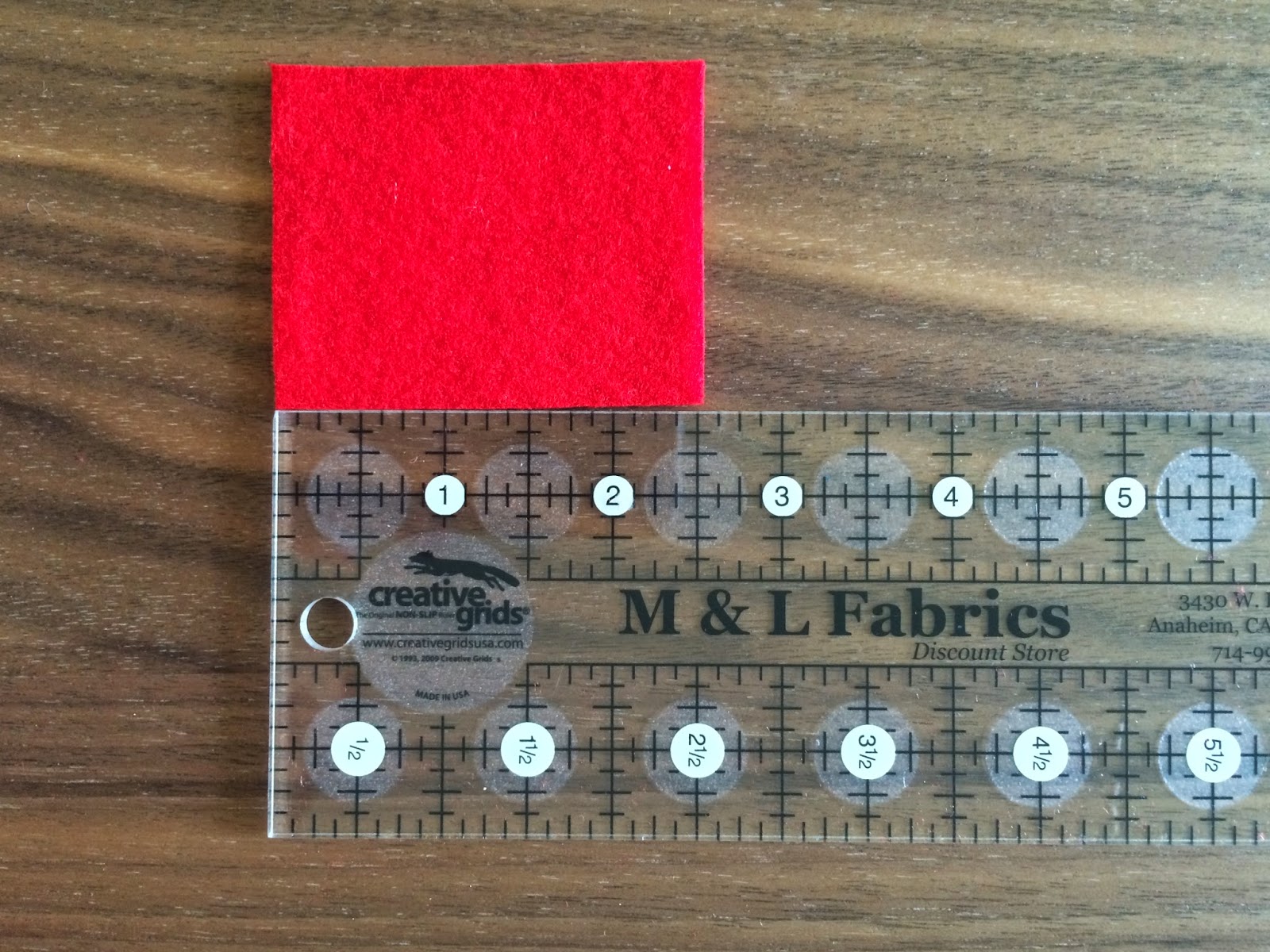 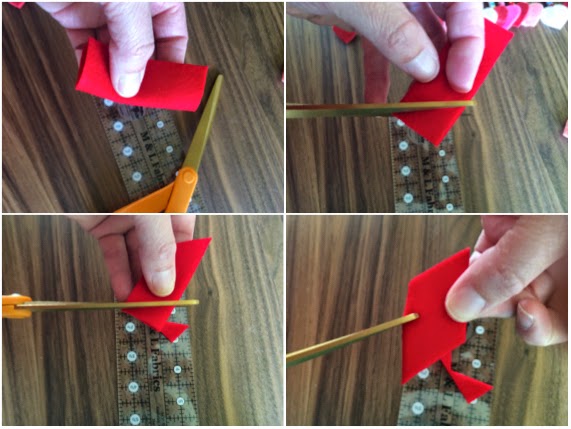 1. Fold in half (folding on the shorter side)
2. Cut at an angle on one side
3. Flip around and cut at the same angle on the other side
4. Cut two very small slits into the middle of the piece on the fold 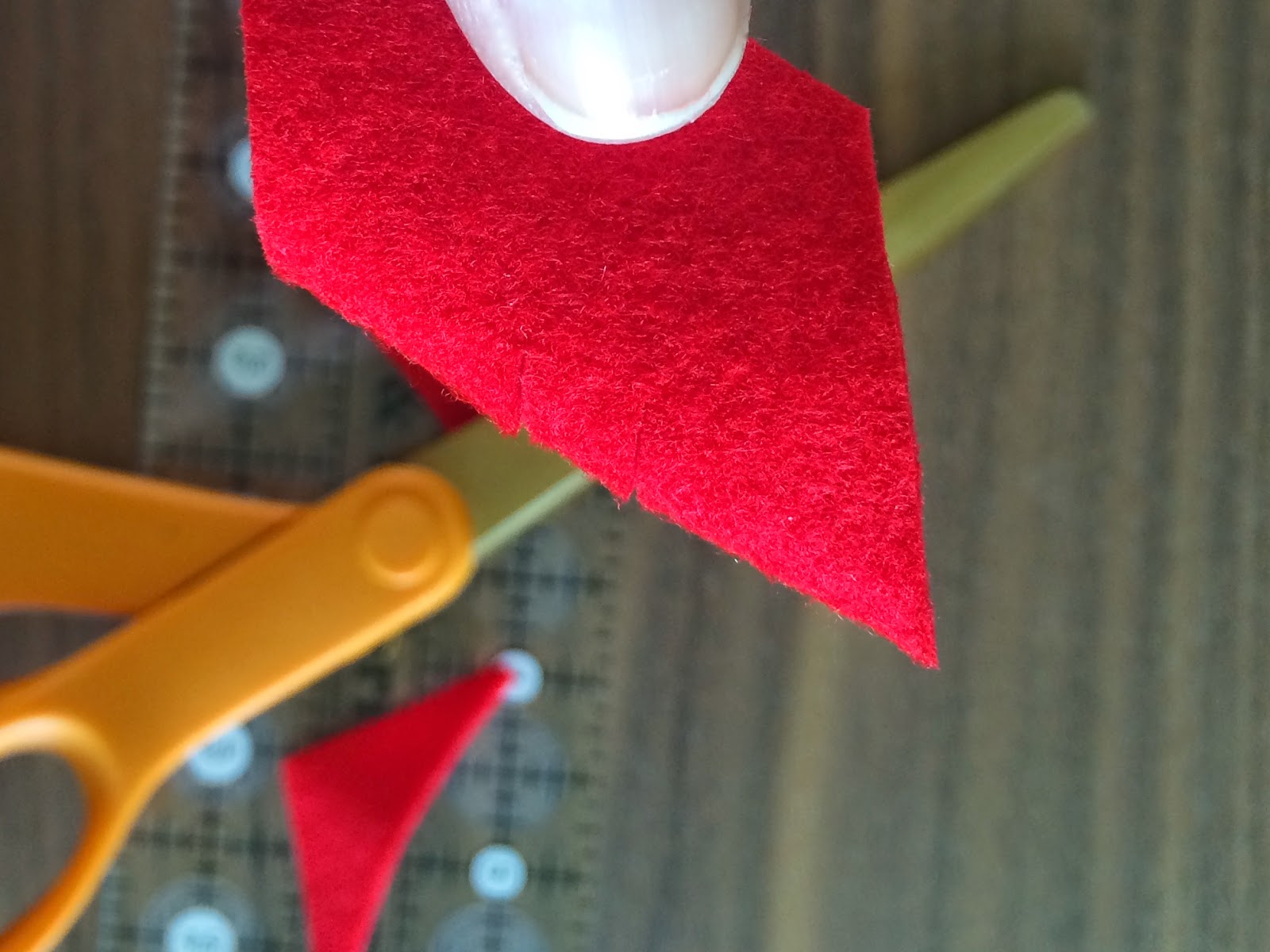 Close up of the finished folded shape and the two small slits. 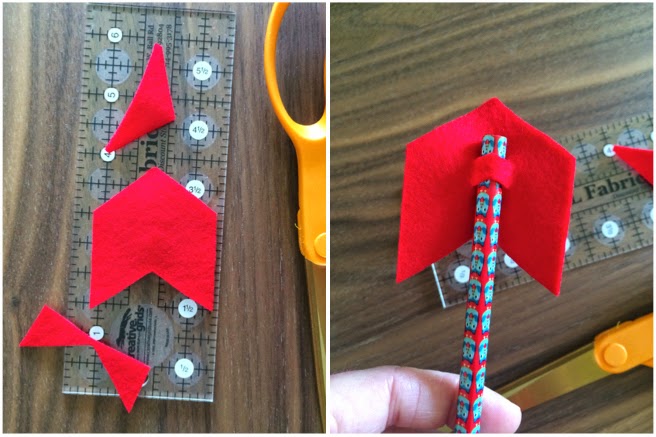 1. Finished piece once unfolded
2. Slide pencil in and then out of the two slits 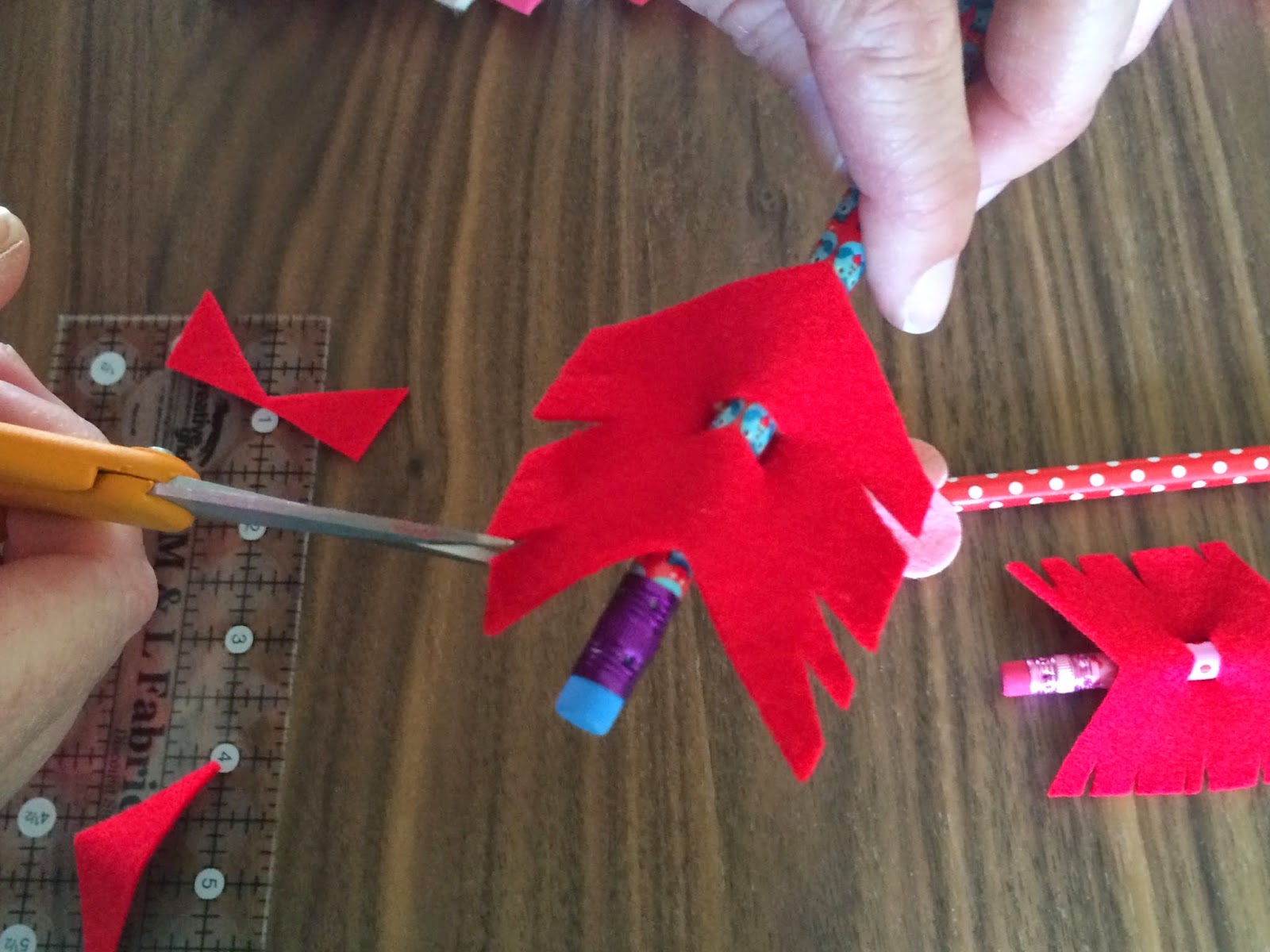 Then cut into each side in whatever design you prefer.  We chose to cut out little slit wedges. 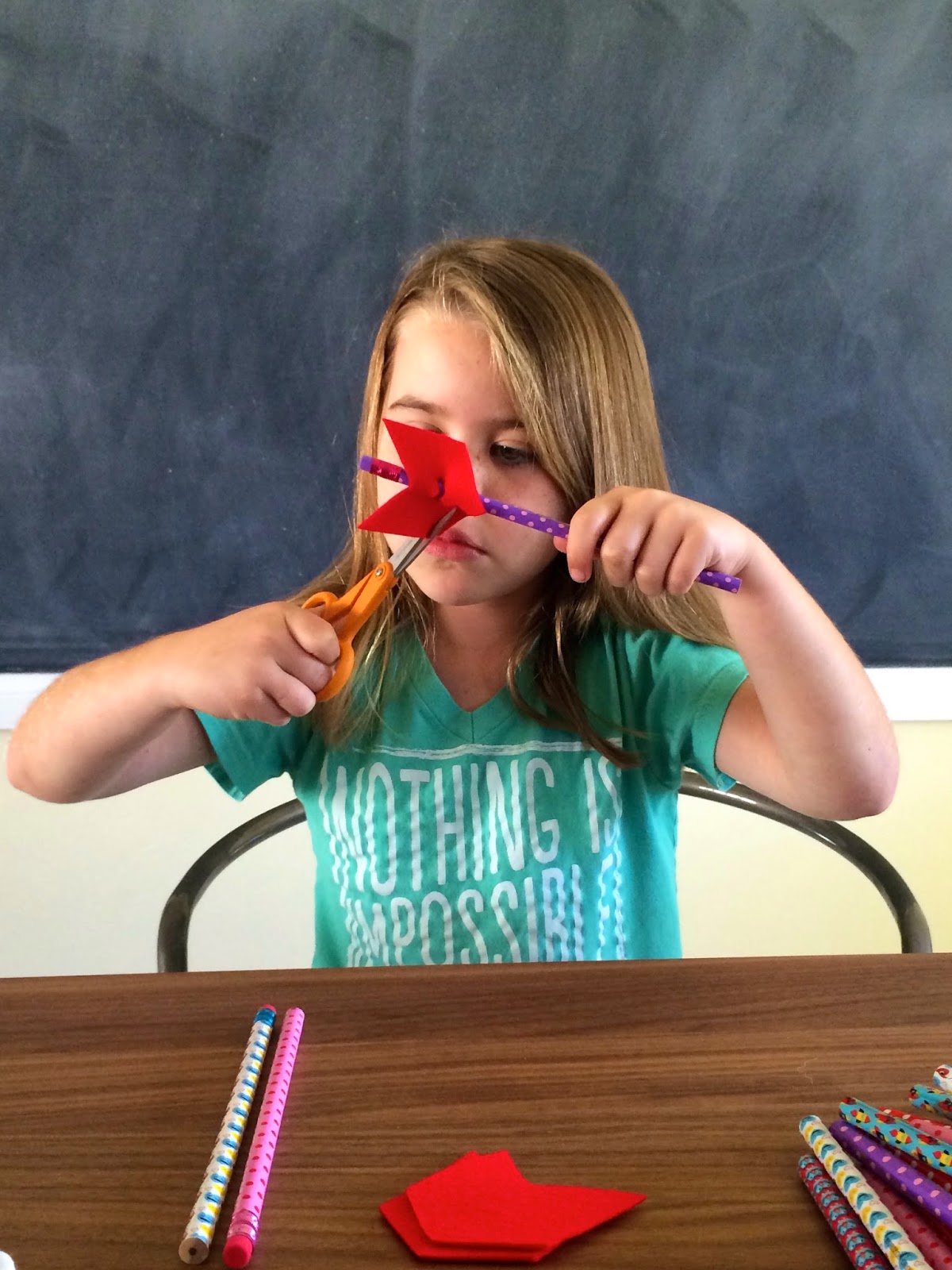 When working with Avery I cut the initial felt shape and the two center slits and then handed it over to her to slide the pencil in and cut the side slit wedges out herself.  Definitely easy enough. 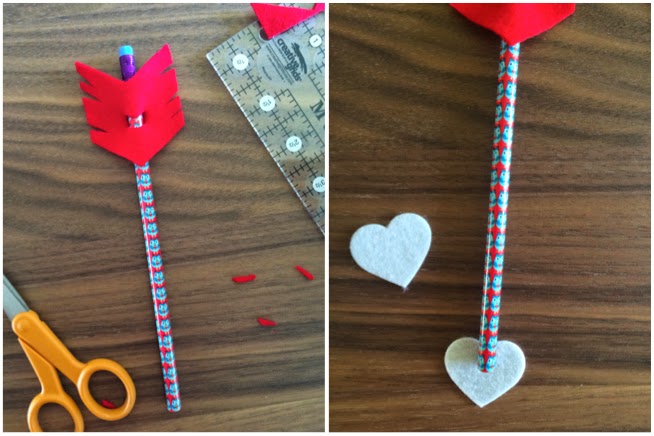 All that was left now was taking two matching sticker hearts and sandwiching the tip of the pencil between the two stickers.  About halfway through I came up with the idea that sharpened pencils would have been easier to sandwich and would have had a less bumpy finished look.  For those who try this project out... I would definitely sharpen the pencils first.  The sticker hearts were also a job that Avery was able to do on her own. 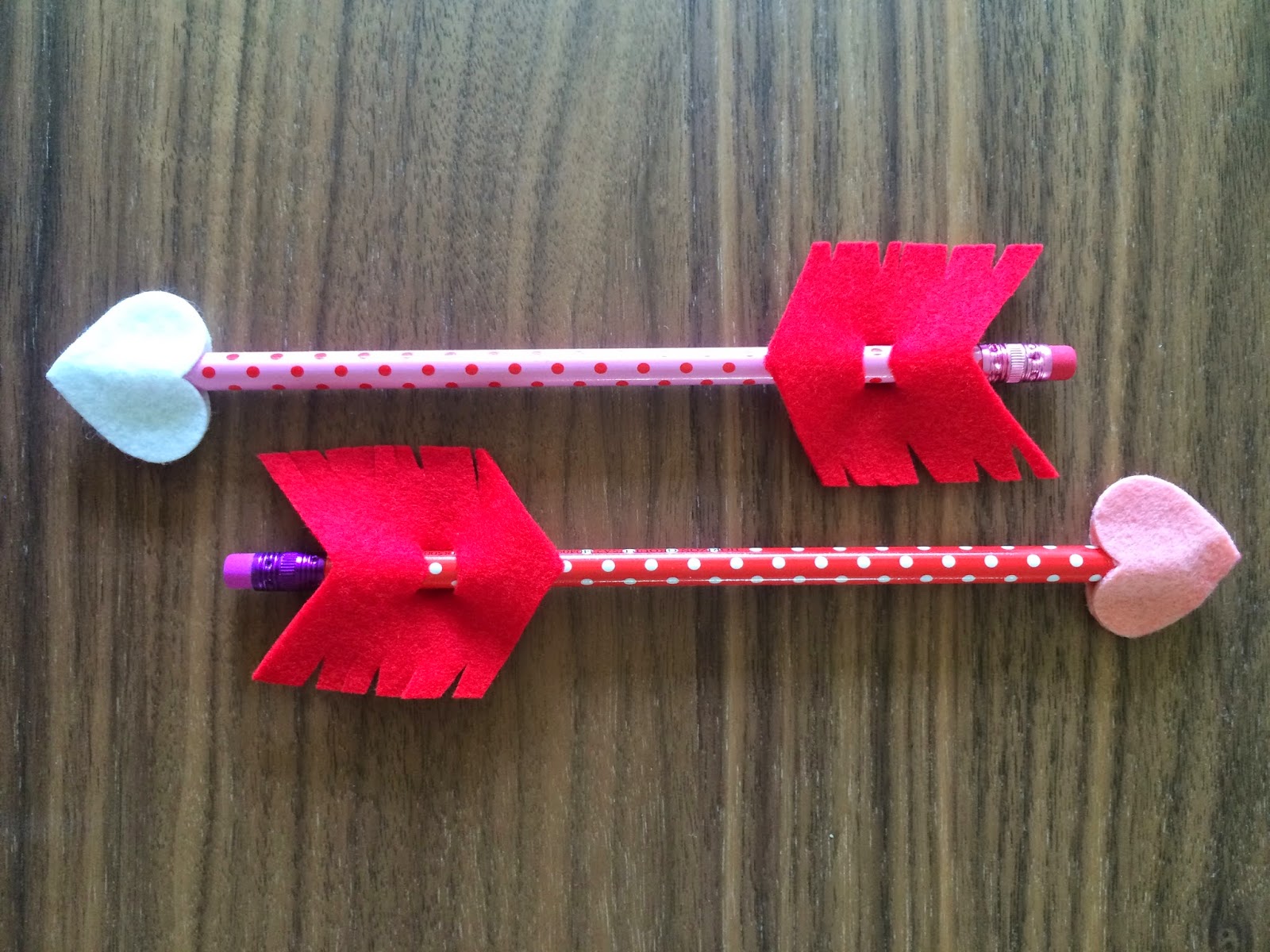 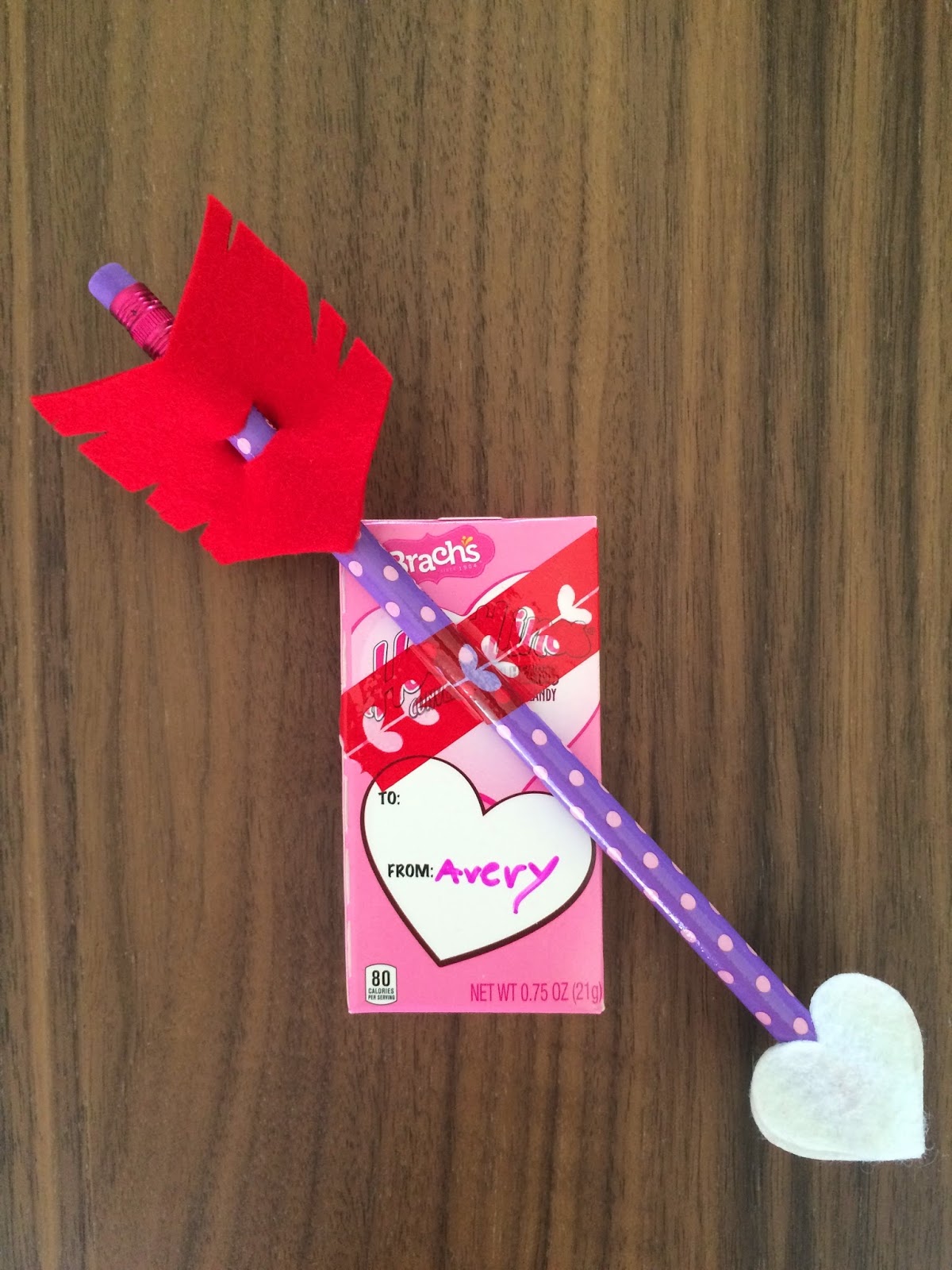 While I loved the idea of a candy-free Valentine... Avery did not.  And since she shares my addiction of Valentine Candy Hearts she thought those would be a good addition.

Email ThisBlogThis!Share to TwitterShare to FacebookShare to Pinterest
Labels: DIY 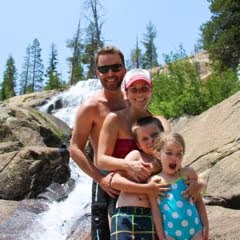 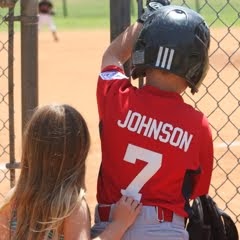 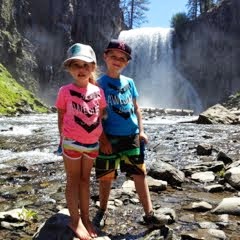 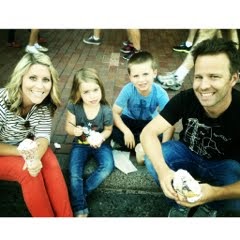 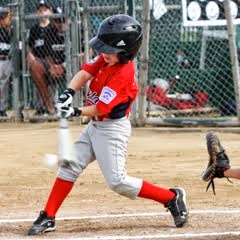 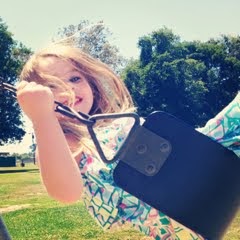 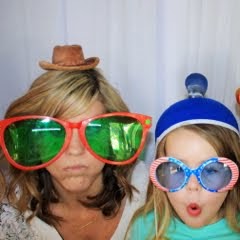